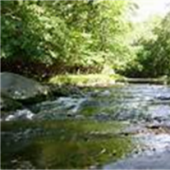 Anthony Ray Hayes, Sr., 37, of Eccles, passed away May 11, 2019.
Born January 23, 1982 in Winchester, VA, he was the son of the late Howard Douglas and Glenda Riley Hayes.
Anthony was a construction foreman. He enjoyed hunting, fishing and playing and watching football especially his favorite team the Philadelphia Eagles.
In addition to his parents he was preceded in death by his son, Douglas Lowell Hayes.
He is survived by his wife, Kayci Megan Ross Hayes; children, Anthony Ray Hayes, II and Riley Megan Hayes both of Grandview; sisters, Wendy Showalter and Deborah Furgison of WV.
A memorial service will be 1 p.m. Friday, May 24, 2019 in the Calfee Funeral Home Chapel with Pastor Jordan Legg officiating. Friends may visit with the family one hour prior to service.
Arrangements by Calfee Funeral Home.
To order memorial trees or send flowers to the family in memory of Anthony Ray Hayes, Sr., please visit our flower store.