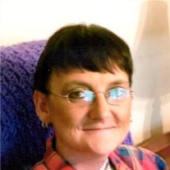 Amanda Lynette Smith Hicks, 33 of Beckley, passed away Monday, February 27, 2017. Arrangements by Calfee Funeral Home, Beckley. Born February 15, 1984 in Beckley, she was the daughter of Connie Smith of Midway.

Amanda was a former EMT with Stat EMS and Upper Laurel Ambulance. Her greatest joy was her dog Abigail, being an EMT, helping people and all things WVU.

She was preceded in death by her maternal grandparents, Carl W. and Juanita M. Smith.
In addition to her mother she is survived by brothers, Josh and Caleb Smith of Midway and Billy Smith of Beckley; aunts and uncles, Kevin and Penny Lilly of Pinnacle, NC, Roger and Telietha Smith of Beckley, Ronnie Smith of Midway and Charlene Smith of Midway; cousins, Brandon Smith, Larry Smith, Roger Smith, Jr., Kriston Lilly, Lexi Smith, Landon Smith, Chase Smith and Madison Posey and her extended family, Lynn Darnell, Melissa Williams, Beth Farley and Brad Godbey.

Funeral services will be 2:00 p.m. Monday, March 6, 2017 in the Calfee Funeral Home Chapel with Pastor Rodney Skeens officiating. Burial will follow in Calfee Cemetery at Mt. Tabor. Friends may visit with the family one hour prior to service.