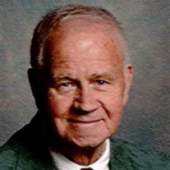 Alvin Ray “Butch” Cook, age 78 of Daniels, passed away, January 19, 2016 at Bowers Hospice House. Born February 7, 1937, in Beckley, WV, he was the son of the late Perry Andrew and Macy Ray Bolt Cook, and the grandson of George and Sally Bolt.
Mr. Cook was an Eagle Scout. He graduated from WWHS in 1955. Following a four year tour of duty in the U.S. Navy on the heavy cruiser USS Newport News as a radioman, he attended Beckley College and Marshall University, and received his B.S. degree in Business Administration from Bluefield State College.
He was employed 20 years at Greenbrier/Meadow Gold Dairy and was still employed at Old Colony Real Estate Agency in Beckley, WV as a real estate broker until his recent illness.
He was a faithful member of the Beaver United Methodist Church for approximately 60 years.
In addition to his parents and grandparents he was preceded in death by two brothers, Edwin and Donald, and a sister Agnes Cook Trump.
He is survived by his wife of 59 years, Marilyn Wood Cook, and two daughters, Lori Cook Germann and husband Tim of Berlin, Germany, and Lisa Cook Birch and husband Terry of Greenville, SC and three grandchildren, Kyle, Carmen, and Ben Birch, all of Greenville. His sister, Doris Cook Dransfield and husband Mike of Gap Mills, WV also survive him as well as several nephews and nieces.
Services to celebrate his life will be held on Monday, January 25, 2016 at 1:00 p.m. at Calfee Funeral Home, Beckley, WV with Pastors David Rumberg and David Altizer officiating. Friends may visit one hour prior to the service. Pallbearers will be friends and family.
Burial will follow in Sunset Memorial Park in Beckley, WV.
In lieu of flowers the family requests that any donations be made to Bowers Hospice House, 454 Cranberry Dr., Beckley, WV 25801.