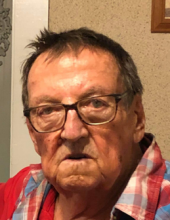 Willis Herman Crew, 80, of Beckley passed away Monday, December 27, 2021.
Born October 31, 1941, in Beckley, he was the son of the late Herman and Nora McGrew Crew.
In addition to his parents, he was preceded in death by infant brother, Jess Crew, brother, Clyde Crew; sister, Norma Crew Waltman and Evelyn Crew.

Willis was a heavy equipment operator having lasted worked for Cannelton mining. He enjoyed gardening, hunting, fishing and working on tractors. He loved the outdoors.