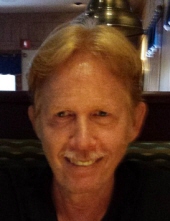 William O. Cook Jr., Billy Cook, is what everyone called him: a true Patriotic man. Billy was proud of his family and his West Virginia heritage. He loved 4th of July celebrations, taking yearly trips to purchase fireworks for the Annual Cook Family “Cook” out. Billy always wanted to do things that were fun and exciting, laughing at his own jokes along the way. “Good aren’t I,” is what he would always say when he achieved any goal. He took challenges head-on and persisted through hardships. He was the most honorable and reliable husband, father, and friend.
It is with a heavy heart that our family writes his legacy to honor the memory of the best man we knew. He was taken from us too early but was surrounded by loved ones when he passed on June 30, 2020 at Select Care in St. Francis Hospital, Charleston WV. Billy fought so hard to stay on Earth with his loved ones but unfortunately lost a long, treacherous battle due to heart and respiratory failure.
Billy Cook was never bored as he took any menial task and turned it into a personal mission. If he was going to do something, he was going to get it done the right way (which was always his way). It seemed as if he knew the answer to any question and did not mind going out of his way to help others.
Billy was born June 1, 1960 in Washington D.C., son of William O. Cook Sr. and Ruth A. Perry. He lived in Maryland and moved to Wyoming County, West Virginia at the age of 12. At first, he was not a fan. “I’m going back to Maryland," he demanded to his father after he saw his neighbors still using an outhouse, but he soon became accustomed to West Virginia ways and embraced his new culture. Stationed in Okinawa, Japan, he served in the Marine Corps for 6 years and went on to work at Georgia-Pacific for 15 years. He was proficient at carpentry, electrical, mechanical, and construction work. He favored 80s rock and 90s country music, and always put his faith in God, maintaining very personal relationship with Him throughout his life. There was no doubt he had angels watching over him throughout his 12-year struggle.
He loved and cherished his wife Stephanie A. Cook. She was one of these angels that kept him safe and taken care of. She was there for him through every hardship and ensured doctors do everything they could to make him well. He could never be prouder of his children: William Z. Cook, Allison B. Cook, Evan R. Cook and stepdaughter Christa M. Parrish. They were the apples of his eye and he did everything possible to ensure they succeeded in life. His children will forever carry on his legacy and show the world just how special of a father and caretaker he was.
Billy was preceded in death by his father, William Sr., mother, Ruth and brother Brian Cook. Survivors are his sisters, Susan McGraw and Samantha Cook Browning, wife of 24 years, Stephanie A. Cook, sons, William Z. Cook and Evan R. Cook, daughters, Allison B. Cook and Christa M. Parrish and grandson, Donovan C. Cook.
A Celebration of Billy’s Life will be held on Saturday, July 18, 2020 @ 2pm at Wyoming United Methodist Church 4394 R.D. Bailey Highway Wyoming West Virginia. Donations can be made to Billy’s favorite charity, St. Jude Children’s Research Hospital for Children.