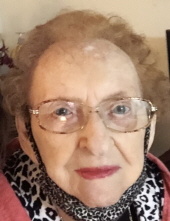 Wanda Lucille Oakley Summers, 91, of Beckley, passed away at the home of her daughter, Sarah, on Tuesday, February 23, 2021. Born December 24, 1929 in Cumberland, KY, she was the daughter of the late Virgil Hayes Oakley and Ethel Browning Oakley. Wanda moved to Beckley in 2007 after living in Kopperston, WV for more than 40 years. She was a member of the Toneda Baptist Church in Oceana, WV. After moving to Beckley, she attended the Beckley Regular Baptist Church.
In addition to her parents, she was preceded in death by her husband, Clarence Steven Summers and brothers, Virgil, Ronnie and Herman Oakley. Wanda is survived by her children, Carl Summers of Alvarado, TX, Steve Summers and wife Sherry of Red Oak, TX, Susan Summers Lugo and husband Ramiro of Waxahachie, TX, Sarah Summers Rahal of Beckley, WV; sister, Dorothy Russell of Lynch, KY; brothers, Phillip Oakley of Oak Ridge, TN, James Oakley of Hazard, KY as well as a host of grandchildren, great-grandchildren and great-great-grandchildren.
Services will be 3:00 p.m. Saturday, February 27, 2021 in the Calfee Funeral Home Chapel with Pastor Steve Beverly and Pastor Mike Smith officiating. Friends may visit with the family from 1:00 p.m. until service time. Burial will be in the Monte Vista Cemetery in Cumberland, KY.

Arrangements by Calfee Funeral Home.
To order memorial trees or send flowers to the family in memory of Wanda Lucille Summers, please visit our flower store.