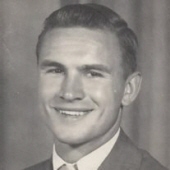 Walter “Coach” Nixon, Sr., 83, of Cool Ridge, WV passed away Saturday, February 15, 2014. Born June 10, 1930 at Bolt, WV, he was the son of the late Paul and Nora Maddow Nixon. In addition to his parents he was preceded in death by brothers, Paul, Andy and Teddy Nixon and sisters, Pauline Nixon and Anna Belle Nixon Hamilton. He was a 1948 graduate of Shady Spring High School; he held a B.S. in Education from Concord College and a Masters Degree from the College of Graduate Studies. Walter was a teacher beginning his career at Clarks Gap Grade School. He was a principal at Herndon Consolidated Elementary and Middle School and also taught and was a vice principal and coach at Herndon High School. Walter coached little league football at Herndon and was a basketball referee for over 30 years. His greatest accomplishment as a referee was getting to ref a state basketball tournament. He was a member of the Herndon High School and Wyoming East Hall of Fame. Walter was also a superintendent of the Bud Alpoca Methodist Church and a member of the Lions Club.
Walter is survived by his loving wife of 58 years, Pat; daughters Veronica and husband Randy Hamilton of Bud, and Anna Marie and husband Tim Wall of Cool Ridge; son Walter 'Russ' Nixon and wife Beth of Beckley; grandchildren April Dawn and Andy Parker, Bradley Ryan Hamilton, Amber Nicole and Justin Stover, all of Morgantown, Morgan Ann Nixon and Blake Alexander Nixon of Beckley; great-grandson Ryker Kyle Stover of Morgantown; brothers Ed Nixon of Pioneer, Ohio; Jim Nixon and wife Barbara of Knoxville, TN; Eli Nixon and wife Linda of Cool Ridge; Ray Nixon of Cool Ridge; Dan Nixon and wife Debbie of Montpelier, Ohio.

Funeral services will be conducted at 2:00 p.m. Wednesday, February 19, 2014 at the United Methodist Temple with Pastors John J. Rinehart and Sharlene Williams officiating. Burial will follow in Sunset Memorial Park. Friends may call from 6-9 p.m. Tuesday and one hour prior to the service on Wednesday at the United Methodist Temple.
Pallbearers will be Randy Hamilton, Tim Wall, Bradley Hamilton, Justin Stover, Andy Parker and Joel Sandy.
In lieu of flowers the family suggests donations to the following (or a charity of your choice): Gehent Volunteer Fire Dept., Mountaineer Food Bank, St. Jude Childrens Research Hospital or Bud-Alpoca Methodist/Baptist Church (C/O Vernice Hamilton).
On line condolences may be left at www.calfeefh.com.
Arrangements by Calfee Funeral Home, Beckley.
To order memorial trees or send flowers to the family in memory of Walter Nixon, Sr., please visit our flower store.