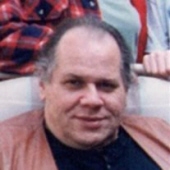 Vincent O’Connell Gallagher, II, 66, of Shady Spring, passed away Monday, May 5, 2014. Born October 15, 1947 in Beckley, he was the son of Doris Alma Martin Gallagher of Flat Top Lake and the late Vincent O’Connell Gallagher. In addition to his father, he was preceded in death by his wife, Pamela Powers Gallagher and his brother Joseph.
Vincent was a drafting designer for Bays, Inc. He was an avid gun collector and loved participating in Cowboy shooting matches. He was a member of Dawn’s Sportsman Club, Cowboy Fast Draw Association, Single Action Shooting Society and a life member of the NRA. He was a member of St. Francis De Sales Catholic Church.
Vincent will be remembered for his love and devotion to his family and friends, his support and leadership during times of crisis and his unfailing catholic faith. He was known to never say an unkind word.
In addition to his mother he is survived by brother, Michael Gallagher and wife Nancy of Barboursville, WV; sisters, Rita Gallagher of Scott Depot, WV, Martha Baker and husband Wayne of Beckley; nieces and nephews, Andrew, Daniel, Thomas, Antonio, Mandy, Phillip, Anne,and Adell; great nieces and nephews, Michael, Violet, Caleb and Hattie.
A funeral liturgy will be recited at 2:30 p.m. Friday, May 9, 2014 at St. Francis de Sales Catholic Church with Monsignor Samuel Sacus officiating. A rite of committal will follow in Sunset Memorial Park. Friends may visit with the family from 6 to 8pm on Thursday, May 8, 2014 at Calfee Funeral Home where a scripture prayer service will be held at 8:00 p.m. led by Rev. Mr. Don Wise.
Pallbearers will be Andrew Jones, Daniel Jones, Thomas Jones, Antonio Jones, Phillip Baker, Richard Cates, Jason Harmon and Frederick Mason.
Memorial contributions may be made to St. Jude’s Children’s Research Hospital P.O. Box 1000, Dept. 142, Memphis, TN 38148.
On line condolences may be left at www.calfeefh.com.
Arrangements by Calfee Funeral Home, Beckley.
To order memorial trees or send flowers to the family in memory of Vincent O'Connell Gallagher, II, please visit our flower store.