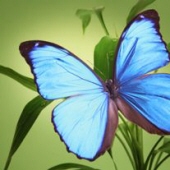 Sara Jane Wilson McCollam died Monday at her home in Beckley. She was born in Richlands, Virginia on August 15, 1914 to James and Matilda Wilson and was raised in Peterstown, Virginia. Sara was the former owner and manager of the Pagoda Motel as well as a former member of the First Christian Church and the Columbine Garden Club.
She was preceded in death by her husband, Maurice V. (Mac) McCollam, seven sisters and five brothers.
She leaves one son, Ronald M. McCollam and his wife Mavis of Beckley; three grandchildren, Tammy Romage and her husband Dan of Mechanicsburg, PA, Ronald McCollam, II and his wife Andrea of Boston, MA and Mavis Elizabeth McCollam also of Boston, MA
Also surviving are four great grandchildren, Christopher, Nikolas, Sara and Jamison Romage all of Mechanicsburg, PA and a sister, Ann Mitchell of Roanoke, VA.
Graveside services will be held at 11:30 am, Thursday at the Blue Ridge Memorial Gardens with Rev. Jon White of St. Stephen’s Episcopal Church officiating. There will be no visitation. Online condolences may be left at www.calfeefh.com.
Arrangements by Calfee Funeral Home, Beckley.
To order memorial trees or send flowers to the family in memory of Sara Jane McCollam, please visit our flower store.