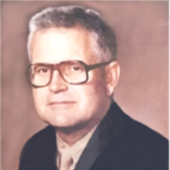 Sandy (Bill) Haynes Camper passed away on July 26, 2019. He was born October 1, 1931 in Marlinton, WV to Norman and Hester Camper.
He was a graduate of Woodrow Wilson HS in 1949 and began his military career in 1950. He served in the United States Marine Corp during the Korean War and retired from the United States Marine Reserves in 1981 as company first sergeant. Sandy taught printing at Ben Franklin Career Center for 15 years, retiring 1992.
He was preceded in death by his wife of 65 years, Marion Kathryn Camper and brother, Thomas Dale Camper.
He is survived by three sons, Samuel of Cool Ridge, Patrick and wife, Jody and children, Cecilia and Antina of Kernersville, NC, Ashley and wife, Cathy and daughter, Lauren of St. Albans, WV, and sister, Peggy Wyrick (Gilbert) of McLeansville, NC.
Service will be held 2:00 p.m. on August 6th at the Donnel C. Kinnard Memorial State Veterans Cemetery in Dunbar WV.