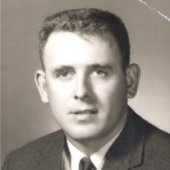 Ronald “Ron” Chambers, 77, of Daniels was called to his Heavenly Home surrounded by family on Thursday, July 7, 2016. Born April 9, 1939 in Esty, WV he was the son of the late Herbert and Hallie Milam Chambers. Besides his parents, Ron was preceded in death by his half sister, Inez Chambers Rose.

Ron was employed by the Mine Safety and Health Administration for over 30 years. He was an outdoorsman and enjoyed gardening, hunting, fishing and playing basketball, but first and foremost was a family man and cherished the time he spent them. Ron was a member of the Cross Point Church of God and loved his church family like his own.

Funeral services will be 4PM, Sunday, July 10, 2016 at the Cross Point Church of God with Pastor Vondie L. Cook, II officiating. Burial will follow in Blue Ridge Memorial Gardens. Friends may visit with the family from 2-4PM prior to the service at the church.

Memorial contributions can be made to the Cross Point Church of God Building Fund, 110 Crescent Rd., Beckley, WV 25801.

Arrangements by Calfee funeral Home, Beckley.
To order memorial trees or send flowers to the family in memory of Ron Chambers, please visit our flower store.