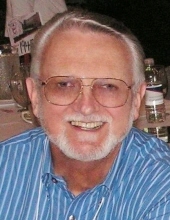 Roger Dean Trail, 74, of Beckley passed away on May 16 at Bowers Hospice House of Idiopathic Pulmonary Fibrosis.
He was born on April 14, 1946 to the late William F. and Ina B. Trail of Lester.
He attended schools in Lester, graduating from Trap Hill High School in 1964. He was a graduate of Marshall University in 1968 with a Bachelor of Science Degree in Business Management.
He lived in Los Angeles for several years, returning to West Virginia and went to work with the Department of Homeland Security, Transportation Security Administration as a supervisor in September, 2002 at the Raleigh County Memorial Airport. He retired from TSA in September 2014 due to health issues.
He had a keen interest in local history. In 1995 he began to capture and preserve as much local history on Trap Hill District of Raleigh County as he could. The information was displayed on 66 3’ x 4’ display boards at the Trap Hill All-Class Reunions held every three years beginning in 1995. The Lester Elementary School was closing and the Town of Lester acquired the building. He solicited the town Mayor, Sam Allen and the Town Council for approval to establish a Trap Hill District Museum in a room, which they approved.
He drew the master plan drawings for the History Museum. With the help of donations and volunteers to assist with the construction of the museum, and a local contractor, the target date was to open the History Museum on July 31 in time for the Trap Hill School All-Class Reunion which was held August 2-3. The Town of Lester held a public Open House on August 1 to celebrate the History Museum’s opening which was covered by the Beckley Register-Herald newspaper. Roger was presented with an award from Randall Reid-Smith, Commissioner, West Virginia Division of Culture and History as a West Virginia History Hero for his work.
He is survived by his wife, Rosella Carte Trail; brother, Max of Daytona Beach, FL.; sister Kay (Frank) Denson of Palm Desert, CA; nieces, Katharine (Jonathan) Swartz of Woodland Hills, CA., Rebecca (Dennis) Nordstrom of Denmark; three great-nephews and two great-nieces; special cousins, Martha and James Collins; best friends, Duane Sellards and Bill Patton, and a host of extended family and friends.
Per his request, his body was cremated. Memorial services will be held at the Lester First Church of God, with Pastor Dale Birchfield and Pastor Brad Williams officiating on Saturday May 30 at 1 pm. You can visit with the family one hour prior to the service.
Memorial contributions can be made to the Roger D. Trail Memorial Scholarship Fund, a sub-fund of the Trap Hill High School Alumni Fund held and administered by Beckley Area Foundation, Inc., 129 Main Street, Suite 301, Beckley, WV 25801 or Bowers Hospice House, 454 Cranberry Drive, Beckley, WV 25801.
.
Arrangements by Calfee Funeral Home.
To order memorial trees or send flowers to the family in memory of Roger Dean Trail, please visit our flower store.