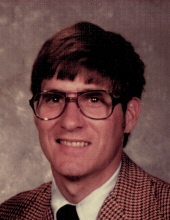 .Rodney “Rod” Wayne Carney, 70, died in an accident on Monday, June 28, 2021, in Beckley. He was born on December 3, 1950 in Johnstown, PA, the son of Emerson Dane Carney and the late Daisy Irene Berkebile Carney. He spent his childhood in Johnstown and graduated from Ferndale Area High School in 1969 before moving to Beckley to pursue his education at the then Beckley College. In 1972 Rod served in the Buffalo Creek flood as part of the deployed National Guard. Rod was a retired City of Beckley firefighter serving nearly 20 years and achieving the rank of Fireman First Class. Firefighting, arson investigation and rescue were the loves of his life, always attending classes and obtaining additional certifications. Many of those he worked often attested that his dedication to his chosen profession was remarkable. He had many passions including golf, hunting and fishing and he also spent much time constructing projects for his home. Upon his retirement as a firefighter he became a security and protection specialist.
Rod was preceded in death by his sister, Loretta Irene Carney; his mother, Daisy and nephew, John Franklin Hindson, III. He is survived by his father, Emerson; children, Jason Matthew Carney and his wife Beth; Jeremy Adam Carney and his wife April and Jennifer Rebekah Granger and her husband Michael; grandsons, Matthew Thomas Carney, Brenton Adam Carney and Nolan Robert Carney; sister, Diane Hindson and her husband John Franklin Hindson, II and a niece, Lori Hindson.
A private family service of remembrance will be held.
Arrangements by Calfee Funeral Home.
To order memorial trees or send flowers to the family in memory of Rodney Wayne Carney, please visit our flower store.