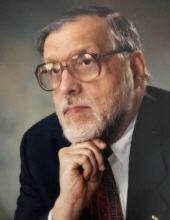 Beckley Native, Dr. Robert Pulliam, a Pioneer in Women’s Health
Dr. Robert Parker Pulliam, a native and long-time resident of Beckley, WV, passed away on November 24, 2019, surrounded by his family in his home in Germantown, TN.
Bob, as he was affectionately known by his friends and colleagues, was born on September 29, 1936, in Beckley, West Virginia. He was the only child of Herbert and Beulah Pulliam of Westwood Drive, Beckley, WV.
He is survived by his wife, Katrina Pulliam; his children, Samantha (Judith) Pulliam, Kimberly Pulliam, and Stephen (Elisa) Pulliam; her children Amy (Kevin) Garten Johnson and Todd (Lisa) Garten; and eight grandchildren.
Dr. Pulliam was a graduate of Woodrow Wilson High School (1953), Davidson College, B.S. (1957), Wake Forest Bowman Gray School of Medicine, M.S. Biochemistry (1960), and Wake Forest Bowman Gray School of Medicine, M.D. (1962). He completed his internship at Rotating University Hospital, Seattle, WA (1963), and residency at The Sloane Hospital for Women Columbia Presbyterian Medical Center, New York, NY (1966). He was a three-time recipient of the American Medical Association Physician Recognition Award and a Fellow of the American College of Obstetrics and Gynecology (ACOG). He authored multiple educational articles.
In 1968, he joined Drs. Charles Merritt, Owen Meadows and Warren Elliot in the Associates in Obstetrics and Gynecology, where he was a partner until his retirement in 2014. He served as Department Chief of Obstetrics and Gynecology at Raleigh General Hospital in 1997. Dr Pulliam was a charter member of the West Virginia Diagnostic Ultrasound Society, president of the Raleigh County Medical Society, president of the West Virginia Obstetrical and Gynecological Society (1974-6), president of the West Virginia Medical Association (1992-93), chair of the West Virginia section of the American College of Obstetricians and Gynecologists (1977-80) , the FDA Advisory Committee on Maternal Health, the committee for evaluations of US Standards Certificates (NCHS 1984-6) and numerous other societies, associations and committees.
Dr. Pulliam was a pioneer in the use of laparoscopy in West Virginia and the first to introduce the procedure in his practice.
He was the founder and major medical officer of Professional Medical Ultrasonics, a full-service private ultrasound laboratory founded in 1980. It was the first diagnostic ultrasound introduced into the Beckley area, which satisfied a need for obstetricians to upgrade their prenatal care to national standards. In 1982, the practice expanded to include a full-service breast care clinic, including mammography. A mobile unit was added in 1983 to provide services to all area hospitals and unserved rural areas.
He was a Lieutenant Commander in the United States Navy from 1966 through 1968.
In 1992, Dr. Pulliam was elected to the West Virginia House of Delegates, 71st Legislature, District 27, and served through 1998. His philosophy regarding politics is best summed up in his own words penned shortly after he was elected to the House of Delegates in 1992, “The best government is one that has periodic changes, new blood and new ideas.” (The Raleigh Register, April 2002)
Ever the entrepreneur, he was the co-founder of DOCS, Inc. a computer company for medical offices and the owner of Big Apple Bagels.
Dr. Pulliam was committed to the community of Beckley, which he demonstrated with both time and resources. He was active in the Beckley Rotary, and supported the American Cancer Society, offering discounted mammograms during Breast Cancer Awareness month and donating a percentage of the fees to local organizations including the Women's Resource Center. He was a member of the founding Board of Trustees for Greater Beckley Christian School, contributed at multiple levels in the building of the school, and taught Chemistry.
Since Dr. Pulliam’s high school days, he had a passion for the theater. In 2005, he appeared as Norman Thayer in On Golden Pond at the Historic Fayette Theater, in Fayetteville, WV. He also enjoyed traveling the world, with highlights including a medical service trip to China with People to People as well as frequent visits to New York to relish Broadway productions. He will be most remembered by his grandchildren for adventures at Disney World, the delight of the Hoop-dee-doo Revue and teasing them about the “purple sky” and “how-now-brown-cows.”
So many have benefited from his persistent, unstinting, quiet generosity and his ability to identify and develop the best in his family, friends, colleagues and employees. Dr. Pulliam (Bob, RPP, Daddy, Papa) was deeply loved and will be sorely missed.
Calling hours will be December 12 from 3:30 pm to 5:30 pm at Cross Point Church of God, 110 Crescent Rd., Beckley, WV. A Celebration of Life service will follow at 5:30 pm followed by a reception. In lieu of flowers or gifts a donation can be made to Project Hope, a hospice and palliative care program in the middle east. Donate online at: https://team.org/givenow/us/details?v2did=199302 or
Checks may be made out to: TEAM Project Hope- Act# P, 007256
And sent to: TEAM, PO Box 1986, Grapevine, TX 76099-1986

Arrangements by Calfee Funeral Home.
To order memorial trees or send flowers to the family in memory of Robert Parker Pulliam, please visit our flower store.