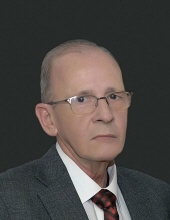 Robert Leroy Blythe, 66, went to his heavenly home on April 14, 2020 with his beloved wife Denna by his side. Robert was born April 9, 1954 in Dayton, Ohio. He was the son of Raymond Elwood Blythe and the late Ethel Maxine Blythe.

Robert was an active member of Teel Apostolic Church in Beckley, WV. Robert loved music and his passion was playing the guitar and singing. Robert was the owner of Guitar’s Plus in Beckley, WV. He is a former employee of Mead Paper Company in Chillicothe, OH, A.L. Lee in Lester, WV, and retired from Strata Safety Products in Glen White, WV. A special thanks to Jason Wilkerson for his friendship.

He is preceded in death by his mother Ethel Maxine Blythe.

A special thanks to his Pastor Gary Blankenship and wife Janet; and all of the caring church family of Teel Apostolic Church; nephew Gary Blankenship II and wife Jennifer; nieces Stephanie Redden, Michelle Blankenship, and Krista Blankenship for the dedication, care, and love they showed to Robert. Also, the family would like to thank his nurse Tonya Bailey that was so caring during his final moments.

A celebration of his life will be held at a later date.
To order memorial trees or send flowers to the family in memory of Robert Leroy Blythe, please visit our flower store.