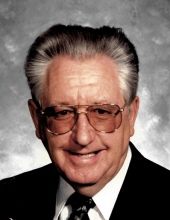 Robert Lee Malcolm, 91, of Beckley passed away Saturday, September 19, 2020.
Born December 6, 1928 in Sullivan, WV, he was the son of the late Ben and Lula Thomas Malcolm.
Robert and his late wife Jo Ann owned and operated Tire Mart in Beckley for 17 ½ years. He was a long time member of First Christian Church, member of American Legion Post 32, Beckley Masonic lodge #95 AF & AM and Beckley Shrine Club. Robert was a Master Sergeant with the U.S. Army during the Korean War.
In addition to his parents he was preceded in death by his wife Jo Ann Hutchison Malcolm; brothers, Lawrence, Ben, Jr., Carl and Paul Malcolm and sister, Gladys Creager.
He is survived by his daughter, Ann Martin (David) of Grandview; granddaughters, Crystal Calloway (Travis), Melinda Hensley (Bobby) both of Grandview; 4 great-grandchildren and sister, Betty McCoy of Mabscott.
Services will be 1 pm Thursday, September 24, 2020 in the Calfee Funeral Home Chapel with Pastor Don Snyder officiating. Entombment will follow in Sunset Memorial Park. Friends may visit with the family from 11 am until service time on Thursday.
The family suggests memorial contributions be made to Bowers Hospice House, 454 Cranberry Dr., Beckley, WV 25801.
.
Arrangements by Calfee Funeral Home.
To order memorial trees or send flowers to the family in memory of Robert Lee Malcolm, please visit our flower store.