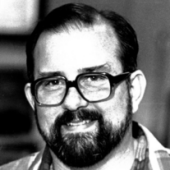 Richard Allen Burgess, 77, of Beckley passed away Thursday, July 25, 2019 at home.
Born December 1, 1941 in Spencer, Wv, he was the son of the late Edward H. Burgess and Wilma Fisher Burgess Goodwin.
Richard was a U.S. Navy veteran serving on USS Lake Champlain aircraft carrier. He was a business owner in the Beckley area for 45 years, first owning the former Burgess Pic Pac and currently owning Lidari Floors.
He is survived by his wife of 59 years and loving caregiver for the past 24 years, Linda Greathouse Burgess; daughter, Lisa Calhoun and husband Bill and their children, Brandon and Amber of Beckley; sons, Danny Burgess and his wife Vicki and their children, Danielle and Kaitlyn of Grandview and RJ Burgess and his wife Barb and their children, Rick and Piper of Daniels; two great grandchildren, Oliver and Cora Sotak; sister, Cheri Jett and her husband Jeff and their children, Erica, Amy and Joseph of Spencer, WV
Services will be 1 pm Tuesday, July 30, 2019 in the Calfee Funeral Home Chapel with Pastor Randy Mann officiating. Interment will follow in Sunset Memorial Park. Friends may visit with the family from 6-8 pm Monday at the funeral home.
Pallbearers will be Brandon Calhoun, Rick Burgess, Toren Reesman, Luke Withrow, James Bays and Bill Calhoun.
The family suggests that memorial contributions be made to the American Cancer Society, P.O. Box 22478, Oklahoma City, OK 73123.

Arrangements by Calfee Funeral Home.
To order memorial trees or send flowers to the family in memory of Richard Allen Burgess, please visit our flower store.