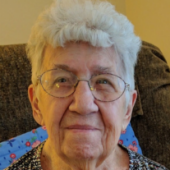 Pauline Marie Susa Mason aged 91 years and seven months died Thursday, August 24th, 2017 in Winston-Salem NC from cardiac insufficiency. She had been a Beckley resident and St. Francis de Sales Catholic Church parishioner for more than 60 years. She relocated from her Beckley home to a Winston-Salem NC independent living facility in 2011. In Winston –Salem she attended Eucharist Services provided by Holy Family and Our Lady of Mercy Catholic Churches.

Pauline was born January 23rd, 1926 in Gates PA to Martin Joseph Susa (b, 1893 in Czechoslovakia, d. 1977) and Magdalena Shultz Susa (b. 1907, Brownfield PA, d. 1975). She had one sibling, Martin Emmanuel Susa, (b. 1936, Fairchance PA, d. 1987). Pauline was a 1947 graduate of the Heiskell Memorial Hospital School of Nursing in Morgantown WV. She worked as a registered nurse, often in geriatrics but also as a private duty nurse, general duty hospital nurse or at physician’s offices and clinics in Beckley until her retirement from Pinecrest Memorial Hospital

Pauline was buried alongside Richard in Sunset Memorial Park, Beckley WV, on August 30th, 2017, the 70th anniversary of their marriage. Funeral services were private for family only. There was no visitation. Gifts of flowers, food or other courtesies are discouraged. Gifts of memorial to St. Francis de Sales School, Beckley WV, Kate B. Reynolds Hospice Home, Winston-Salem NC or the charity of your choice are suggested.
Online condolences may be left at www.calfeefh.com.
Arrangements by Calfee Funeral Home, Beckley.
To order memorial trees or send flowers to the family in memory of Pauline Marie Mason, please visit our flower store.