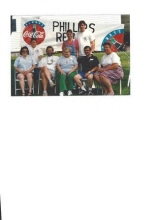 Melba Janet Rock, 91, of MacArthur, passed away Tuesday, December 12, 2017. Born April 19, 1926 in Mabscott, she was the daughter of the late Aden Birch and Ella Paradine Rowe Phillips.

Melba was a homemaker and a member of Hollywood Baptist Church.
In addition to her parents she was preceded in death by brothers and sisters, Lowell, Other, Luther, Glenna, Emil, Iris, Irma, Wendell, Weda and Daryl.

Services will be 1 pm Saturday, December 16, 2017 in the Calfee Funeral Home Chapel with Pastor Frankie Lyons officiating. Burial will follow in Blue Ridge Memorial Gardens. Friends may visit with the family from 11:30 am until service time on Saturday.