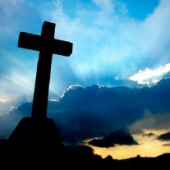 Mary Frances Wills, 90, of Beckley died at home on Saturday, May 26, 2012 after an extended illness. She was born in Kayford, WV on June 15, 1921 the daughter of the late Garland Pritchard Burgess and Velma Pearl Burgess Holmes.

She is survived by a son, William R. Wills, Jr. of Columbia, MD, a daughter Lois A. Sokola of Beckley, a sister Dorothy Finn of St. Albans, WV, a grandson William R. Wills, III of Timonium, MD, a granddaughter Andrea Grose of Edmunds, WV., five great grand children, Andrew, Heather, Samantha, Rachel and Sarah and numerous nephews and nieces. She was preceded in death by her husband of 56 years, William R. Wills, and a brother Harold Burgess.

Mary Frances was an inspiration to all who knew her and by her example lives on in the memory of her loving friends and family. At the age of 40, after raising her son and daughter, she enrolled in Beckley College to earn a GED certificate and subsequently graduated from Concord College with a degree in Elementary Education. She taught elementary school in Raleigh County for many years at Lincoln Elementary and Stoco Elementary schools. She was a member of St. Stephens Episcopal Church, where she sang in the choir and was an active member of the ECW fellowship. She also was a master gardener and served as an officer in local and state wide garden clubs.

Arrangements for a celebration of her life are pending. Her remains will be interred in the St. Stephens Episcopal Church Columbarium. In lieu of flowers, her family requests that donations be made in her memory to Hospice of Southern WV, P.O. Box 1472, Beckley, WV 25802.

On line condolences may be left at www.calfeefh.com.
Arrangements by Calfee Funeral Home, Beckley.
To order memorial trees or send flowers to the family in memory of Mary Wills, please visit our flower store.