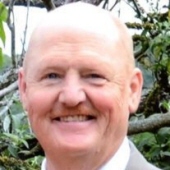 Kenneth Wayne Ratliff, 58, of Beckley passed away Sunday, April 21, 2013, following a short illness.
Born September 17, 1954 in Oak Hill, WV, Ken was the son of Thelma (Lightfoot) Ratliff of Oak Hill and the late John Robert Ratliff.
On March 21, 1998 he married the love of his life, Marie (Smith) Dodd. She was his soul mate, his “baby-cakes”, his everything. And he was hers.
His grandchildren were his pride and joy, his favorite playmates, and the topic of his favorite stories. Allie Gwinn (his favorite 15 year old teenager), Megan Duncan (a.k.a Megaroo his favorite 10 year old), Justin Dodd (his favorite 9 year old, and only grandson), and Jaiden Dodd (a.k.a Jaiden Grace Monkey Face his favorite 5 year old) will forever miss their beloved Grandad.
Ken was blessed with two children who were his by blood, as well as two who were his by love. Erica (Ratliff) Selke of Oak Hill, WV and Alisha Ratliff of Midway, WV will miss their father. Hope Shaffer (and her husband Aaron, of Beckley, WV) will always love and remember the man who made a daddy’s girl out of her after she was already grown (even though, as he reminded her, she was the reason he understood why animals ate their young), and Jason Dodd (and his wife Amy, of Maple Fork, WV) will always be thankful for the 15 wonderful years that he was a part of our family.
All those who knew Ken will dearly miss his easy smile, those big blue eyes that sparkled with life, and his quick and brilliant sense of humor.
Ken was the youngest and, according to him, the most handsome of his family. He always said that once his parents got it right, they finally quit; they just couldn’t do any better than him. His brothers are Terry Hughes, and his wife Julie, of Mechanicsville, MD, Darrell Ratliff, and his wife Janet of Stoutsville, OH, and Robert Ratliff of Oak Hill, WV; his sisters are Ruth Ellen Holland, and her husband Dennis, of Elkton, KY, Diane Wise of Circleville, OH, and Susan Hughes and her husband Bob, of Oak Hill, WV
Ken also leaves behind a very special aunt, Mary Ratliff of Fayetteville, WV along with a host of nieces, nephews and Marie’s family.
Ken was known to always have his “buddy finder” on and could strike up a conversation with anyone, anywhere. He was a successful salesman with ICI Glidden Paints for 14 years. He was currently employed at United Central Industrial Supply Company.
Visitation will be Thursday, April 25, 2013 from 6-8 p.m. at Cornerstone Freewill Baptist Church in Crab Orchard. Funeral services will be 11:00 a.m. Friday at the church with Pastor Doug Seaman and Pastor Roger Tolliver officiating. Burial will immediately follow in the Smith Family Cemetery in Hinton, WV.
Family will serve as pallbearers.
On line condolences may be left at www.calfeefh.com.
Arrangements by Calfee Funeral Home, Beckley.
To order memorial trees or send flowers to the family in memory of Kenneth Wayne Ratliff, please visit our flower store.