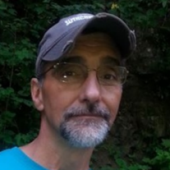 Joseph was a coal miner. He enjoyed his job in the mines and working on cars. He loved spending time with his family.

In addition to his father he was preceded in death by his daughter, Kristina Glenn.
Besides his mother he is survived by his son, Joseph Marshall Glenn, III and fianc Katelynn Whitt of Crab Orchard; daughters, Faith Glenn and her fianc David Sizemore of Sophia, Charity Glenn of Stephenson, WV and Abby Gail Glenn; sister, Debra Ballard and husband Roger of Odd, WV; and numerous nieces and nephews and special friend Tammy Carrico.

Graveside services and burial will be 6:00 p.m. Tuesday, August 9, 2016 at the House of Prayer Cemetery in Princewick with Pastor Ernie Watkins officiating. Family and friend will serve as pallbearers.

A memorial fund has been established. Please contact the funeral home for details.