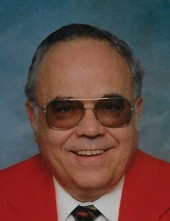 John Merritt James of Oak Hill passed away Friday, February 5, 2021
John was 85 years of age and was born on November 18, 1936. He was a graduate of Oak Hill
Collins High School class of 1955. John received an Associate Degree from Beckley College in
Business Administration, Bachelor of Science degree in Business Administration from Morris
Harvey College, and a Master of Science degree in Industrial Relations from West Virginia
College of Graduate Studies.
John was an aerial photographer in the United States Navy from 1956 - 1960 serving on the
U S S Norton Sound, an experimental guided missile ship in California. John was a Federal
Coal Mine Inspector, Health specialist, refuse and impoundment specialist , supervisor , and
Special Investigator for the Mine Safety and Health Administration formerly the United States
Bureau of Mines from 1972 - until his retirement in 1994.
John really began his real estate career with Century 21 Cashion and Toler where he became a
salesperson and Associate Broker for them. In 2001 he started his own real estate company
Welcome Home Realty in Oak Hill, serving Fayette, Raleigh, Nicholas, and Summers County
until he was unable to resume his real estate career.
John is the author of Final Justice in the Mountains which is an expose of the West Virginia
Real Estate Commission and the laws of justice in the great state of West Virginia. John was a
proud supporter of the West Virginia Mountaineers in all sports and there was never a day that
was not a good day to be a Mountaineer - win or lose. Win of course was the better option. One
of the things he enjoyed in life was being able to attend Mountaineer games in Morgantown with
the group.
John was a Mason, York rites, Scottish rites, and was a member of Beni Kedum Shrine for
many years having joined the Masons in 1986. He founded the third and fourth grade boys and
girls ' basketball league as well as the fifth through eighth grade basketball leagues for girls in
Oak Hill. These teams lasted for about 8 years and gave the children a good chance for exercise
and fitness for them. It is a shame that these programs are no longer in existence.
John was preceded in death by his father John Thomas James, his mother Etta Garnet Thomas ,
grandparents George and Sallie James, and grandparents Robert Pete Merritt and Gussie Arthur
Merritt, Stepfather Frank Calvin Thomas and younger infant brother John Thomas James, Jr.,
his son John Michael James who passed away in 2004, a sister Martha Smith and her husband
Ray. John is survived by his wife of 59 years Betty Dotson James, his sons Richard Wayne
James and (Elizabeth) of Oak Hill, Charles Joseph James and (Terrie) of Florida.
Granddaughters Jessica and Keri of Oak Hill and grandsons Justyn and Dalton of Florida.
John ' s great grandfather William H. Barringer received the Congressional Metal of Honor for
His bravery at the battle at Vicksburg, Mississippi during the Civil war between the states on
May 22, 1863 His citation reads " Gallantry in the charge of the volunteer storming party in
1863.” He has two sisters to survive him: Susie Borowski and husband Don of Mashpee,
Massachusetts, and Jenny Roberts and Husband Rob of Colorado.
John’s family would like to thank everyone at Bowers Hospice House for their wonderful care
and support towards them.
Memorial Contributions may be made out to Bowers Hospice House.
Due to the Covid-19 pandemic a service will be held at a later date when we can all embrace and celebrate John's life safely.
Arrangements by Calfee Funeral Home, Beckley, WV.
To order memorial trees or send flowers to the family in memory of John Merritt James, please visit our flower store.