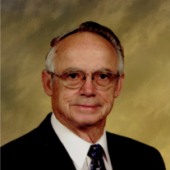 John Floyd Cantley, 89, a resident of The Rockin’ Chair in Lerona, WV, formally of Beckley passed away February 6, 2018. Born December 18, 1928, in Pettus, WV he was the son of Clounie and Martha Farley Cantley of Rock Creek, WV.

John was 1947 salutatorian of Marsh Fork High School. He served his country in the Korean Conflict as an MP. He went on to earn a degree in Accounting at Marshall University. He was a Certified Public Accountant.

He was a man of impeccable integrity who retired as the district director of the Internal Revenue Service with 33 years of service. As a second career he ran various companies for Mrs. Nancy Smith and retired from her service in 1997.

He was the last surviving member of his family. In addition to his parents, he was preceded in death by his brothers: Chester, Nathan (Golf), Patrick (Pat), and Dale. His sisters: Merle K Toney, and Inez Stover; his wife of 45 years, Lorraine V. Cantley.

He is survived by his wife of 18 years, Irene Rorrer Cantley; a son, John F. Cantley Jr. and his wife Kay, of Crown Point, IN; a daughter, Cynthia W. Turner and her husband, William of Flat Top Lake; four grandchildren, Inga Cantley and her husband, Daniel of Huntersville, NC, Nicholas Cantley of Crown Point, IN; Jennifer Turner, MD of Morgantown, WV, and William Turner II of Flat Top Lake; and one great grandchild, Rosey of Huntersville, NC

Services will be 3:00 Sunday, February 11, 2018, at Calfee Funeral Home with Rev. Steve Hamrick officiating. Burial will follow in Miller Cemetery, Rock Creek.
Friends may call from 1:00 until the time of service.

Donations of sympathy may be made to The United Methodist Temple 201 Templeview Drive Beckley, WV 25801, or the John Floyd and Lorraine Veronis Cantley Fund at Beckley Area Foundation 129 Main Street, Suite 301 Beckley, WV 25801.

The family would like to thank the Rockin’ Chair for their exceptional kind and loving care.