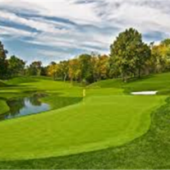 Jeffrey Thomas Gray, 64, of Beckley passed away peacefully with his wife and his two boys by his side on Friday, April 27, 2018.

Born October 24, 1953 in Beckley, he was the son of the late Jack Thomas and Janet Mae Lilly Gray.

Jeff was a former route salesman for United Valley Dairy. Jeff was a member of Grace Baptist Church and a veteran of the U.S. Air Force. Jeff’s passion was devoted to church and family and his biggest hobby was playing golf.

Funeral services will be 1:00 p.m. Tuesday, May 1, 2018 with pastors Gordon Ross and Roger Harding officiating. Burial will follow in Blue Ridge Memorial Gardens. Friends may visit with the family one hour prior to service on Tuesday.

In lieu of flowers the family requests memorial contributions be made to Grace Baptist Church, 281 Union Hall Rd., Beckley, WV 25801.