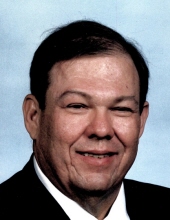 Jeffrey (Jeff) David Lilly, born April 3, 1951, passed away unexpectedly on April 6, 2020. He was born and raised in Beckley and graduated from Marshall University with a degree in business.
Jeff started his career as an insurance agent and was owner of Jeff D. Lilly Insurance Company. He moved from the insurance business into real estate was the cofounder of Our House Reality. He was supervisor for the WV State Road Department of Highways, Raleigh County division for ten years. He was also an avid real estate investor.
Jeff served on the Raleigh County Community Action Association Board and at the time of his death was serving his fourth term as president. He was also the commissioner of the Beckley Historic Landmarks Commission. He was a member of the Beckley Moose Lodge. He was a lifelong West Virginia sportsman.
Jeff was preceded in death by his father Jack David Lilly and his mother Charlotte Starr Lilly. He leaves behind two loving daughters. Melissa A Lilly (fiancé’ David Cobb) and Jamie Lilly Horton (husband Chet Horton). 5 Grandchildren James D Cobb, Payton Allen Hall, Julie A Cobb, Andrew Thomas Hall, and Olivia Grace Horton. 3 Brothers Greggory Lilly (Shelia Lilly), Grant Lilly, Jack Lilly as well as several nieces and nephews.
A memorial will be held at a later date. In lieu of flowers donations may be made to Raleigh County Community Action, 111 Willow Lane, Beckley, WV 25801.

Arrangements by Calfee Funeral Home.
To order memorial trees or send flowers to the family in memory of Jeffrey David Lilly, please visit our flower store.