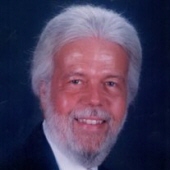 James Robert (Jim Bob) Kessinger died from natural causes at Jackie Withrow Hospital on June 3, 2013. Born December 12, 1941 in Beckley he was the son of the late James and Nellie Jones Kessinger.
James graduated from Woodrow Wilson High School (1959) IN Beckley and from Marshall University in Huntington, WV. He moved to Glendale, CA after college and was very successful in the business world and theatrics. He wrote music and directed plays and was a very talend with many instruments. James was known by his fellow peers as a “Genius” in the financial world. He was the last member of his immediate family.
Surviving him are cousins from both sides of his family and a long time companion, Deven Munson of California and a devoted friend Duke James of Beckley.
James was “one of a kind” and will be missed.
Following his wishes he will be cremated. There will be no service or visitation.
On line condolences may be left at www.calfeefh.com.
Arrangements by Calfee Funeral Home, Beckley.
To order memorial trees or send flowers to the family in memory of James Robert Kessinger, please visit our flower store.