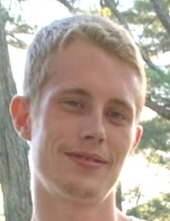 James Rickey Adkins, III, 23 of MacArthur, passed away Sunday, July 4, 2021.
Born May 27, 1998, in Beckley, he was the son of Rick Adkins, Jr and Denise Clifford.
Rickey was a grill cook for Bob Evans and attended Bethel Freewill Baptist Church.
He was preceded in death by his grandmother, Sharon Star Church and grandfather, Orville Clifford.
In addition to his parents Rickey is survived by a brother, Ryan Adkins and sister, Racheal Adkins both of MacArthur, WV; son, James Rickey Adkins, IV of Beckley and his girlfriend, Seandrea Hoskins of Beckley.
Funeral services will be 2:00 p.m. Wednesday, July 14, 2021, at Calfee Funeral Home with Leon Brush officiating. Friends may visit with the family from 12:00 p.m. until service time. Burial will follow in Blue Ridge Memorial Gardens.
Arrangements by Calfee Funeral Home.
To order memorial trees or send flowers to the family in memory of James Ricky Adkins, III, please visit our flower store.