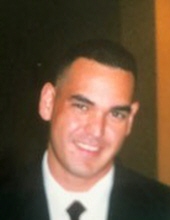 James Edward Habib (Jimmy), age 45 of Fayetteville, WV died of an apparent heart attack Thursday May 21, 2020. Born August the 12th, 1974 in Baltimore, he was the son of the late Edward and Carole Evans Habib.
Jimmy graduated from Shady Spring high school and served in the US army for four years, as an 88N Transportation Management Coordinator. He earned his Private Pilot’s license and an associate degree from Cochise College Sierra Vista, Arizona. Following that he worked as a corrections officer in Tioga county, New York, and a Correction Officer in two federal penitentiaries in Pennsylvania, prior to entering the US Marshal Service in September 2003. Jimmy was a 17 year veteran of the US Marshal Service, with assignments to the Superior Court in Washington D.C, and the Western District of Kentucky, before his assignment to the southern district of West Virginia. He was the Deputy in Charge of court operations for the Beckley office. And served as the Tactical Training Officer for the Southern District of West Virginia. Jimmy was an outstanding law enforcement officer and a loving father to his two children. In the words of Michael Baylous, United States Marshal, Southern District of West Virginia, "his outgoing personality and his passion for sharing knowledge of operational tactics with fellow law enforcement officers will be greatly missed. With his passing, West Virginia has lost a native son who exemplified the United States Marshal Services Moto of 'Justice, Integrity, and Service'”.
In addition to his parents Jimmy was preceded in death by his sister Roxanne Tony.
Those left to cherish his memory include his loving children, Kailah and Joe, and their mother Captain Retired, April Habib; his four sisters Lora Keaveny (Leonard), Valerie Evans (Duke), Lisa Clarke (David), Kelly James, his stepmother Brenda Habib, and Eric Tipton, US Deputy Marshal, partner and friend. He also leaves behind several nieces and nephews, a host of friends, and his beloved dog, Sultan.
Visitation will be held on Tuesday May 26, 2020 from 6-8pm at Calfee Funeral Home. A funeral liturgy will be 1:30pm Wednesday, May 27, 2020 at Saint Francis de Sales Catholic Church with Very Rev. Paul Wharton V.F. officiating, with fellow US Deputy Marshals serving as pallbearers. Burial will follow in St. Sebastian Cemetery.
Arrangements by Calfee Funeral Home, Beckley.
To order memorial trees or send flowers to the family in memory of James Edward Habib, please visit our flower store.