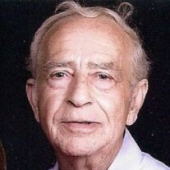 Harry Todd of Shady Spring, passed away Saturday, November 24, 2012.
Born On February 24, 1937 in Whitesville, WV, he was the son of the late Lonnie and Nellie Simmons Todd. He was preceded in death by brothers Charles Todd of Scotts Depot, WV and Glenn Todd of Warner Robins, GA.
Upon graduation from Trap Hill High School in 1954, Mr. Todd joined the United State Air Force. After his discharge from his military duty, he attended Beckley College and later graduated from Eastern Michigan University in Ypsilanti, MI. His career was spent in the sales and marketing fields, mostly in Nashville, TN.
Those left to cherish his memory include his wife of 53 years, Ellen McGinnis Todd; his daughter, Lori Todd of Nashville, TN; a granddaughter, Rachel Lauren Chan, also of Nashville; a brother, Larry Todd and his wife, Brenda, of Beckley; several nephews and nieces.
Friends may visit with the family on Wednesday, November 28, 2012 from 6:00 p.m. to 8:00 p.m. at the Calfee Funeral Home, Beckley. In keeping with Harry’s wishes, he will be cremated.

The family suggests memorial contributions be made to Bowers Hospice House, 454 Cranberry Dr., Beckley, WV 25801
On line condolences may be left at www.calfeefh.com
Arrangements by Calfee Funeral Home, Beckley.
To order memorial trees or send flowers to the family in memory of Harry Todd, please visit our flower store.