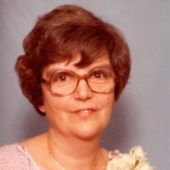 Garnet Rose Coffman, 81, of Pleasant Hills went home to be with the Lord on Saturday, February 9, 2013. She was a loving, devoted and selfless wife, mother, grandmother, great grandmother and friend.
Born in Crab Orchard, Garnet was the daughter of the late Luther Ellis and Minnie Snuffer Tolbert. In addition to her parents, she was preceded in death by sisters Lucy Loving and Ola Calhoun and brothers Lloyd, Lewis and Richard Tolbert.
Garnet was a faithful lifetime member of the Oak Grove Christian Church. She worked along her husband’s side in Coffman Plants from 1971-1996. She loved assisting the customers.
Garnet is survived by her husband of 55 years, William Patrick Coffman; her only child, a daughter Kathy Thompson and husband Tom of Beckley; grandchildren, Missy Via and husband Daniel, Krystle Grimes and husband Duane and T.J. Thompson, all of Beckley and great grandchildren, Dylan Via, Kayleigh Grimes and Emma Via due to arrive in June also of Beckley.
She is also survived by two brothers, Bill Tolbert and his wife Dicy of Millwood, WV and John Earl Tolbert and wife Lorine of Lewisburg, WV; special niece, Jane Painter and nephews Cecil Loving and a host of more nieces and nephews whom she loved dearly; special cousins who she thought of as sisters, Janet Lyons and Marion Tolbert.
We the family would like to extend a special thanks to her caregivers and friends who were so faithful, Marita, Bobbi and Becky.
A celebration of Garnet’s life will be held 1p.m. Wednesday, February 13, 2013 at Oak Grove Christian Church with Kelly Gowen and Ken Hawes officiating. Friends may call on the family Tuesday from 6-8 p.m. at Calfee Funeral Home and one hour prior to the service on Wednesday. Burial will follow at Oak Grove Christian Church Cemetery immediately following the funeral.
Pallbearers will be T.J. Thompson, Daniel Via, Duane Grimes, Cecil Loving, Leslie Tolbert, Doug Tolbert, Frank Holt and Dave Calhoun.
Online condolences may be left at www.calfeefh.com.
Arrangements by Calfee Funeral Home, Beckley.
To order memorial trees or send flowers to the family in memory of Garnet Rose Tolbert Coffman, please visit our flower store.