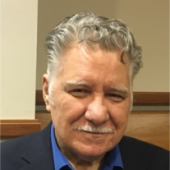 Fred Troy Adkins, 73, of Teel Rd Beckley, WV was received into Glory May 13, 2019 after a long illness.
Fred had received many miracles in his lifetime. He was a walking testimony of what God could do.
At the end of his last and final battle, he received the highest honor that God could bestow. He was given a new body, a robe, and a crown.
We grieve for the loss of such a great man but we have peace, comfort, and joy knowing he is with Jesus.
He was preceded in death by his parents Fred and Thelma Adkins; two brothers James and Charlie Adkins; and a sister Patty Adkins.
Fred leaves behind his wife, the love of his life, of 49 years Shelma Adkins Farruggia ; a daughter Heidy Malin and husband Mike with their children Sophie and Max of Connecticut; a son Fred Adkins and his wife Libby with their child Charlotte of Atlanta,Ga; a daughter Serena Ellison and husband Paul with their children Randy and Jesse of Beckley, WV; a son Donny Adkins and wife Debby with their children Troy and David of Atlanta,GA; a son Kelly Adkins and wife Jennifer with their children Makayla, Skyler, and Paige of Beckley, WV; a sister in law Tarenna Copley whom he considered a daughter and her husband Billy of Stotesbury, WV; a brother in law Michael Farruggia who he considered a son and his wife Valerie of Shady Spring,WV; a sister Betty Woody of Jacksonville,FL; and a brother Frank Adkins of Jacksonville, FL: a sister in law Shelia Puckett who was like his own sister, and her husband Tommy of Sophia, WV;

Fred was a member of the House of Prayer in Sophia, WV. The family wants to send a special thanks to their church family.