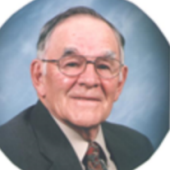 Born in Buffalo, W.Va., on October 24th, 1921, Fred was the oldest and only son of the late Fred C. Yates and Frances Raynes Yates. Later he was blessed with two sisters, Edith Jane and Fayanna McCray-Hulbert who preceded him in death.

He selflessly served his country in the United States Army and community as a deacon for Crab Orchard Baptist Church. Where he took the reigns of the Robert C. Byrd bible school class, a task he pleasurably performed for more than 50 years, providing spiritual education and guidance for generations in Crab Orchard.

As a man of steadfast faith he led with his kind heart. Providing a magnanimous and lasting example for his children and grandchildren.

He proudly retired at 62, in 1983, after what most would consider a lifetime of work. Which included earning a wage for carrying water in Lester, for men working on the railroad at an early age, serving in World War II, building runways in Germany and France, work as a UMWA miner running bulldozers on strip mines, building roads connecting the coalfields from Raleigh to McDowell county.

Aptly, his work ethic kept him busy with many responsibilities, working on farms and building ponds. Serving as the steward to the Crab Orchard Baptist Church lands, visiting and delivering communion to church members unable to attend services.

Being outdoors was important to him. He worked outdoors and he played outdoors. He hunted and fished with his father, son and grandsons. And when he wanted to really relax he played golf, a sport he loved to play and watch on television. His love of golf, inspired his son to seek a degree in turf management which has led to a lifelong career in the golf industry, something that made him extremely proud.

In 2012 he was honored by the Southern Baptist Men's Association and Crab Orchard Baptist Church with a tournament in his honor to commemorate his lifelong love of golf.

The only thing that rivaled his work ethic and life of service, was his love of his wife, affectionately known as Hopie. His passion for her was the fuel for his life. Her love for him represented the love men dream about and manifested itself in a loving family and an stable home for us all to share.

While he was known as son, soldier, and deacon, called by nicknames including Rowdy and Shorty. His life was transformed by faith and family, and his most favorite designations became both Daddy and Paw Paw.

Viewing will be held at the Crab Orchard Baptist Church on Thursday, October 27, 2016 from 5-7pm. Services officiated by Pastor Mike Sisson, immediately after the viewing at 7pm.

Flowers may be sent to Crab Orchard Baptist Church.

Memorial contributions may be made on his behalf to the Crab Orchard Church Land's Fund, P.O. Box 466, Crab Orchard, WV 25827