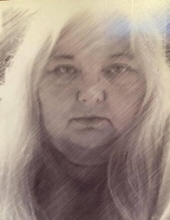 Debra Joan Smith Ward, 62, entered the gates of Heaven and was re-united with her father and sons on Tuesday, July 27, 2021 following a long illness. Born September 29, 1958 in Cleveland Ohio, she was the daughter of the late Grover Smith and Rose Moten Smith. In addition to her father, she was preceded in death by her sons Kevin Bolen and Larry Ward Jr., sisters-in-law Debbie Hawley and Drema Daniels and brother-in-law Richard Daniels.

Debbie was a friend to all who knew her. She had a smile that would light up a room and a heart as big as the sky. To any friend of her children and grandchildren she was known as “Mom”. Heaven is truly a little sweeter today because of her presence there.

A funeral will be held Monday, August 2nd at 1:00 at Calfee Funeral Home with the Revered Larry Brown officiating. The family will receive visitors from 12 to 1 PM. Burial will follow at the Moten Family Cemetery at Jumping Branch.

Arrangements by Calfee Funeral Home.
To order memorial trees or send flowers to the family in memory of Debra Joan Ward, please visit our flower store.