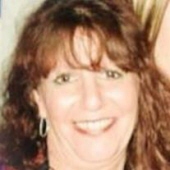 Debbie Sue Williams, 53, of Beckley passed away Tuesday, January 13, 2015 at Bowers Hospice House. Born January 7, 1962 in Charleston, WV, she was the daughter of the late Theodore Carl and Ellen Mae Bruno Nelson. In addition to her parents she was preceded in death by a brother, Stanley Nelson and a step-brother, Bobby Lee Nelson.
Debbie was a waitress for many years at Young Chow’s Restaurant. She loved spending time with her grandchildren and will be sadly missed by her family.
She is survived by her son, Stephen Williams of Beckley; her daughter, Tiffany Baugess and her husband Michael of Beckley; 4 grandchildren; sisters, Gloria Mae Pack of Maple Fork, Patty Frye and husband Randy of Charlotte, NC; brothers, Ted Nelson, Jr. and wife Debra of Maple Fork and Carl Ray Nelson and companion Karen of Concord, NC.
A celebration of Debbie’s life will be 1:00 p.m. Saturday, January 17, 2015 at Living Waters Baptist Church, 201 Jennings St., Beckley with Pastor Mike Gunnoe officiating.
The family suggests memorial contributions be made to Bowers Hospice House, 454 Cranberry Dr., Beckley, WV 25801
On line condolences may be left at www.calfeefh.com.
Arrangements by Calfee Funeral Home, Beckley.
To order memorial trees or send flowers to the family in memory of Debbie Sue Williams, please visit our flower store.