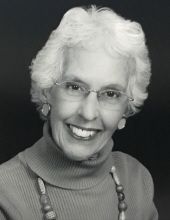 Connie Diaz Williams, 88, of Beckley passed away in her hometown on January 14, 2020 after an extended illness.
Connie was born on December 8, 1931 in Clarksburg, WV to Tomas Diaz and Maria Encarnacion Diaz Otero. She was a graduate of Victory High School in 1949 and began her first job as a secretary after completing her schooling. She met her husband Cyril Howard Williams, Jr., whom she married on May 7, 1960, and they moved to Birmingham, AL where they began their family before settling in Beckley, WV.
Upon moving to Beckley, Connie became active in numerous organizations. She was a member of the Newcomers Club, the president of the Junior Women’s Club, a Welcome Wagon Hostess, and a member of the funeral choir at St. Francis de Sales Church. She became a secretary at St. Francis de Sales School where she enjoyed interacting with the children, including her own who were enrolled in the school at the time. Connie went on to work in the county clerk’s office at the Raleigh County Court House, and she loved to talk with every person she met along the way. She also was an active volunteer at Raleigh General Hospital and the Hospice of Southern West Virginia.
Connie will be remembered by her family as a deep lover of animals, an avid gardener, and woman with a quick sense of humor and a contagious laugh. She had immense pride in both her Spanish heritage and her home state of West Virginia and was always quick to tell people she was a West Virginian. She loved her family and friends deeply and had a compassion and love for others that we could all emulate. She will be so sorely missed.
She is survived by her husband of 59 years, Cyril H. Williams and her beloved dog, Good Girl, both of Beckley, WV; her children David Williams (Mary) of Cumming, GA; Beth Ludwick (Craig) of Peachtree City, GA; Lori Parker (Nick) of Beckley, WV; Chris Williams of Concord, NC; her four grandchildren Kylie Williams of Atlanta, GA; Cara Ludwick of Biddeford, ME; Drew Ludwick of Athens, GA; and Haley Parker of Charlotte, NC. She is also survived by her numerous friends of whom there are too many to name. She never met a stranger.
A visitation will be held on Sunday January 19, 2020 from 6-8 PM at Calfee Funeral Home with a prayer service at 7:45 PM. A funeral mass will be celebrated on Monday January 20, 2020 at 10 AM at St. Francis de Sales Church with a luncheon to follow. Connie loved nothing more than talking and celebrating with good friends, and we would love for all to attend.
In lieu of flowers, donations may be made to the Humane Society of Raleigh County via cash or check at 325 Grey Flats Road, Beckley, West Virginia 25801 or online at http://hsrcwv.org/donate/
Arrangements by Calfee Funeral Home.
To order memorial trees or send flowers to the family in memory of Connie Diaz Williams, please visit our flower store.