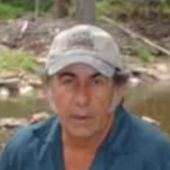 Charles Neal Wallace, 61, of Josephine, passed away at the Bowers Hospice House on Tuesday, March 22, 2016.
He was the son of the late James Wesley Wallace and loving parents Covey and Nellie Mullens of Beaver.
He was born October 5, 1954, in Beckley, West Virginia.
Charles was a wonderful husband, son, father, grandfather, great-grandfather and friend to all who knew him.
He is preceded in death by his daughter, Vanessa Ferguson.
Those left to cherish his memory include his wife of forty-two years, Charlotte Vandall Wallace; son, Charles Ronald Wallace and wife Sabrina of Josephine; daughter, Carrie Ritchie and husband Brad of Josephine; grandchildren, Harvey and Laura whom they raised, Megan, Savannah, Kylie; great-granddaughter Luna; brother, Marvin Wallace and wife Dale of Beckley; sisters, Aldetta Akers and husband Roger of Coal City, Karen Akers and husband Darrell of Coal City, Lorrita Brooks of Beaver, Teresa Reynolds and husband Stephen of Coal City; and a host of family and friends.
Graveside rites and burial will be at 2:00 p.m., Saturday, March 26, 2016 at the Thompson Cemetery in Coal City. There will be no visitation.
Condolences and other expressions of sympathy may be sent to the family at www.calfeefh.com
Arrangements by Calfee Funeral Home, Beckley.
To order memorial trees or send flowers to the family in memory of Charles Neal Wallace, please visit our flower store.