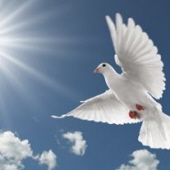 Charles Wanegar, 70, passed away Saturday, March 22, 2014 at the Bowers Hospice House. Born August 19, 1943 in Springfield, MA, he was the son of the late Norman and Docia A. Botkin Wanegar. Charles worked as a tax accountant for over 45 years. During that time Charlie made many a friend and loyal customer not only because of his joke telling and light hearted personality but also because of his dedication and attention to detail. Charlie also had a great passion for coin collecting and belonged to his local coin club.
He is survived by his two sons and granddaughter, Michael Wanegar of Beckley, WV, Paul Wanegar and his daughter Amelia previously of Southampton, MA.
Services will be held Saturday, March 29, 2014 at 5:30 p.m. in the Calfee Funeral Home Chapel with Pastor Vondie L. Cook, II officiating. Friends may visit with the family one hour prior to the service.
Arrangements by Calfee Funeral Home.
To order memorial trees or send flowers to the family in memory of Charles Elliot Wanegar, please visit our flower store.