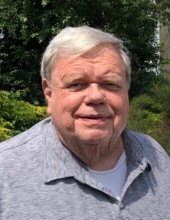 Benjamin Frederick “Fred” Hill Jr., 74, of Beckley, passed away on July 30, 2020. He was born on September 7, 1945, in Charleston, WV, to the late B. Fred and Johnsie Cooke Hill.
He is survived by his wife of 51 years, Joyce Burleigh Hill; children Fred Hill III and wife Leigh Ann, Jenny Orzolek and husband Jeff, and Andy Hill and wife Jennifer; seven grandchildren, Max Hill, Maggie Hill, Mollie Hill, Jake Orzolek, Emma Hill, Andrew Hill and Elise Hill; and sister Mary Snyder and husband Charlie.
A devoted husband, father, friend, coach, and community member, Fred was well known for his love of God, his family, and his country. He was a teacher and builder of young people. Fred delighted in the success of others, uplifting those who were down and lending a hand to those who were struggling. He also had an infectious laugh and wit about him that made him fun to be around.
Fred graduated from Charleston High School in 1963, where he played football and tennis. He went on to graduate from West Virginia Wesleyan College, where he continued to play both sports and met his future wife.
Influenced by his parents who were both educators, Fred chose to pursue a career in public education. He began his career at Woodrow Wilson High School, where he taught history and coached football, wrestling, track, and tennis. He also worked and coached at Horace Mann Junior High in Charleston, Richwood High School, and Shady Spring High School. Fred later returned to Woodrow Wilson High School where he held the position of vice principal until he retired in 2001. He cherished his time at all four schools and loved his students, athletes, and colleagues very much. Following retirement, he became a certified massage therapist and enjoyed practicing in Beckley and the surrounding areas.
Fred and Joy lived most of their married life in Beckley, with stops in Richwood and Charleston. A long-time member of the United Methodist Temple, he taught Sunday school for 37 years and enjoyed his weekly Bible study group. He was an avid reader and letter writer, enjoyed following the stock market, and adored his dogs.
Fred was extremely proud of his children and enjoyed watching them grow up to raise their own families. He loved his seven grandkids more than anything on earth.
Fred was one of a kind and will be dearly missed.
Due to the COVID-19 pandemic, the family will receive friends at a drive-thru visitation on Saturday, August 8, 2020 from 10:00 a.m. to 12:00 p.m. at United Methodist Temple in Beckley. A private memorial service for the family will follow. Anyone wishing to join the family in worship can participate via Facebook Live at 2:00 p.m. on the “United Methodist Temple Beckley WV” Facebook page.
In lieu of flowers, please consider a donation to United Methodist Temple, 201 Templeview Drive, Beckley WV 25801.

Arrangements by Calfee Funeral Home.
To order memorial trees or send flowers to the family in memory of Benjamin Frederick Hill, please visit our flower store.