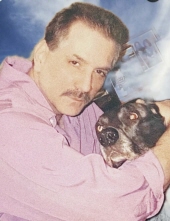 On October 28, 1959 at 11:54 am, God granted Frank and Louise Morris the gift of raising one of his souls, Aubrey Douglas Morris. Doug, as he would be known, was blessed with natural abilities to achieve many goals in life. He excelled in school, sports, and friendships. Doug was known for his athletic prowess as he competed in youth all-star leagues, making many life-long friends along the way. He was a 1977 graduate of Woodrow Wilson High School, attended West Virginia University, then moved to Sarasota Florida before returning to WV in 1985. Doug was a huge WVU basketball and football fan. He was an avid reader, especially anything about WVU Basketball and Football teams and players. He had a passionate love and vast knowledge of much music and was a #1 fan of Aerosmith. Sadly, Doug passed away following a long illness, on April 8, 2021 at Bower’s Hospice House, surrounded by family.
He was preceded in death by his loving parents: Frank Morris and Cynthia Louise Albright Morris and brother-in-law Larry Buchanan. Those left to cherish his memory are brothers Scott Morris (Kathy) of Beckley, Roger Morris (Karen) of Anchorage, Alaska, sister, Carolyn Buchanan Garten (Eldon) of Beckley. Five nephews: Ryan Morris, Matthew Morris, Kip Buchanan, Scott Buchanan, all of Beckley, and Brett Buchanan of Bluefield, WV. Two nieces: Kim Rapp and Michelle Juliussen, both of Anchorage, Alaska and many great-nephews and great-nieces.

Doug is gone from us too soon. He will be greatly missed by those who loved him. We will honor his memory on Thursday, April 15, at 1:00 with a graveside ceremony at Sunset Memorial Park with Reverend Frank Miller officiating. Friends may visit at 12:30 prior to the service. In lieu of flowers, please make donations to Bower’s Hospice House, 454 Cranberry Drive, Beckley, WV 25801.
Arrangements by Calfee Funeral Home.
To order memorial trees or send flowers to the family in memory of Aubrey Douglas Morris, please visit our flower store.