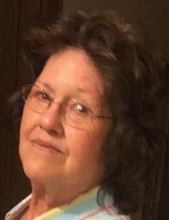 Anna Mae Harrah, 79, of Beckley, WV, passed away December 3, 2020, surrounded by family. She was born in Winding Gulf, WV to parents Edward and Albertia Lambert.
Anna was an avid fitness enthusiast that enjoyed walking, swimming and exercise. She had a love for ballroom dancing and gardening.

In remembering Anna many will recollect her love of Vaseline which was her “secret sauce” for her youthful appearance.

Anna was a well-respected resident in Beckley where she assisted in making the city a safe and wonderful place to live. She received special recognitions from both the City of Beckley for Outstanding Citizen Award and Beckley Police Department for her concern and care for the community.

In lieu of flowers donations can be made to Bible Baptist Church Care of John and Roman’s Ministry at P.O. Box 415, MacArthur, WV 25873.

Arrangements by Calfee Funeral Home.
To order memorial trees or send flowers to the family in memory of Anna Mae Harrah, please visit our flower store.